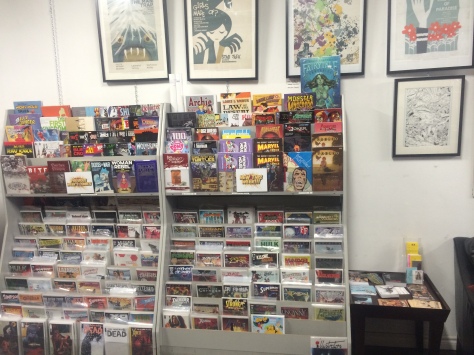 2013 was an interesting year for comics. I’m not going so far as to say it was my favourite year for new comics – I think there have been better years, but it was a very good one nevertheless. Since I opened the Lounge in 2012 I have had a chance to sample many, if not most, of the titles that walk through our front door so that I’m up on the majority of the titles coming out and can properly answer any questions that our customers may have. These are the ones I enjoyed the most and highly recommend – as usual, with any list it’s subjective.

East of West (Image) by Jonathan Hickman and Nick Dragonetta. 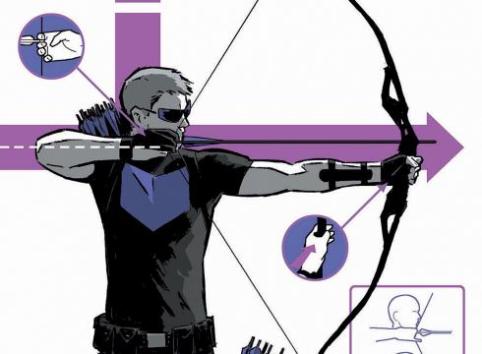 From the sheer nostalgic fun of Batman ’66 (especially when illustrated by Ty Templeton and Joe Quinones) to the chance-taking Hawkeye to the high concept and often aggravating directions of the Superior Spider-Man — 2013 showed us that there is room for mainstream comics to take chances and create fun comics and not more soulless cash grabs. Marvel in particular had a good year with other titles like Brian Michael Bendis’s All-New X-Men and Uncanny X-Men, Jonathan Hickman’s Avengers, New Avengers and the Infinity series, Jason Aaron and Esad Ribic’s Thor God of Thunder. DC had fewer titles that I really cared for, but Peter Tomasi and Patrick Gleason’s Batman and Robin, and Grant Morrison and Chris Burnham’s Batman, Incorporated were two that were high on my must read pile when an issue came in.

Image Comics continues to generate the most interesting original content in monthly and semi-monthly comics and while East of West and Fatale are my personal choices, there are many others that could also be on this list such as Saga, Sex Criminals, Lazarus, Velvet, Walking Dead, Invincible, Revival and more.

The Top Monthly Comic of 2013 as selected by the customers of the Comic Book Lounge + Gallery (by buying and supporting it so enthusiastically):

Saga outsells most mainstream comics and has become the comic you will mostly give to your non-comics reading friends to try out. Saga is also our most requested trade paperback, easily surpassing the Walking Dead and Fables.

After reading the list above aloud to my girlfriend Debra, I was severely chastised for not including her favourite comic of 2013, so as a bonus here’s Debra Jane Shelly’s Top Comic of 2013:

“Why? Because it’s so awesome!” ~Debra

Did some work on the home office...
He got bigger between appearances.